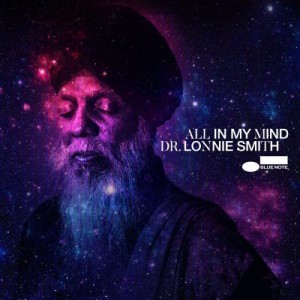 My favorite CD at the moment is the latest record from Dr. Lonnie Smith.  Officially released on Jan 12, 2018 it is also one of the first CDs I bought in 2018. The album was recorded live during his week-long 75th birthday celebration at the Jazz Standard in New York City, with his longtime trio of guitarist Jonathan Kreisberg and drummer Johnathan Blake. Special guests are Joe Dyson on drums and singer Alicia Olatuja. The album was produced by Blue Note Records boss Don Was and it fits perfectly into the mission of Blue Note to present the future movements of jazz as well as honoring those who forged the tradition.

The first song on the CD is the Wayne Shorter’s classic modal composition “Juju.” Kreisberg shows his virtuosity and his experience with this song, his solo is very well structured and organized and masters the different parts of the tune perfectly. I would even say that this solo is like a reference for all guitar players when studying this song.

Next up is “Devika”,  composed by the late Dave Hubbard, a tenor saxophonist who worked with Dr. Lonnie Smith.  A slow and groovy tune in perfect contrast to “JuJu” and the 3rd song on the album, “50 Ways to Leave Your Lover” by Paul Simon. Joe Dyson replaces Blake behind the drums on this one and the band shows how much fun they have with this song. The first solo goes to Kreisberg who opens his effects box with and an old-fashioned octave sound in the second part of his solo followed by the Dr. with a soaring organ solo.

The band goes back into a balladesque style with Tadd Dameron’s “On a Misty Night”, which starts soft and gentle but develops great dynamics in the improvisation part.

The next two tunes are originals by Lonnie Smith, first “Alhambra” which has a long free introduction on the synthesizer playing strings, flute and trumpet sounds. Kreisberg starts with his rhythm guitar after 3:30 minutes followed by the Dr. playing the head of the tune and then the improvisations start in a jam style, first Kreisberg followed by Smith with standing ovations after almost 10 minutes of playing.

“All In My Mind”, the title song features singer  Alicia Olatuja, one of the rising stars of the New York jazz and gospel scene. Lonnie Smith recorded this song before but decided to play it again. “It’s the right time to be singing this again,” he says, referring to the meditative lyrics that long for a better world.

The CD ends with the Freddie Hubbard song “Up Jumped Spring,” a tune he wrote to celebrate the spring season, for which we are all waiting after this long and gray winter in the northern hemisphere. Very easy and relaxed played does it also show the great fun the band and the audience had. No hidden message here, no extra statement on top of the great melody, just plain swinging jazz music.

I am a big fan of organ trios and Dr. Lonnie Smith is one of the masters of this genre. The music comes sometimes with a little twist or an extra surprise (like the introduction in “Alhambra”) but always from the heart.  Smith wanted to record “All In My Mind”in a live setting because, as he says, “It’s so hard to capture what I’m feeling at the moment in the studio. Hearing me live is catching me playing in the moment. It’s a good vibe. It’s a loving situation.”

Enjoy this CD and if you have a chance to see Dr. Lonnie Smith live, don’t miss it.

Finally a playlist from iTunes to give you a chance to listen to the songs: 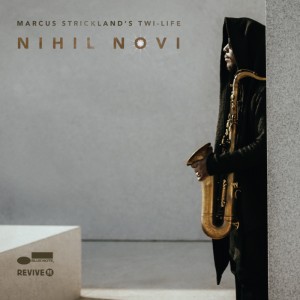 Another 2016 CD release which is my favorite CD at the moment: Nihil Novi from Marcus Strickland. Nihil Novi means “Nothing new” and this is a clear understatement and it is also correct at the same time.  Nihil Novi is not like all the other Jazz CDs I’m listening to but the material on this album sounds quite familiar to material I have been listening before. Here is a musician who took the chance to release a unique album on Blue Note with all the possibilities that are behind that “big” jazz label.

I had the chance to see Marcus Strickland in 2012 in Langnau where he was teaching the saxophone class at the jazz workshops during the Langnau jazz festival. Was very impressive and entertaining, what he explained in his classes. Since then I’m following his music.

Back to the album: Produced was the album by Meshell Ndegeocello (just found out that she comes to Europe in spring)  and there is a long list of guest musicians including Robert Glasper on keyboards, singer Jean Baylor and twin-brother E.J. Strickland on drums.

There is a nice video, which I added to this post, so enjoy Marcus in his own words: