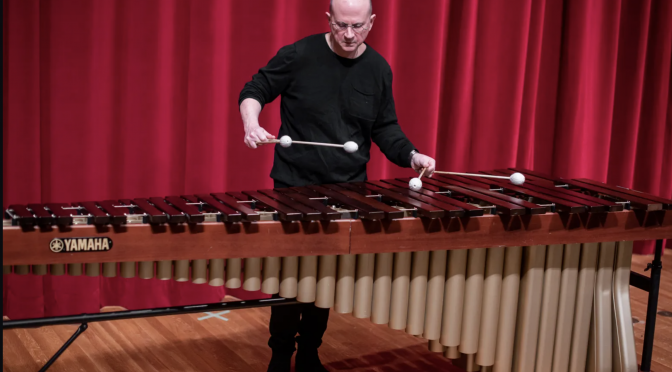 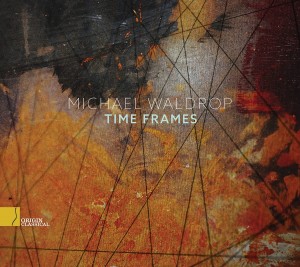 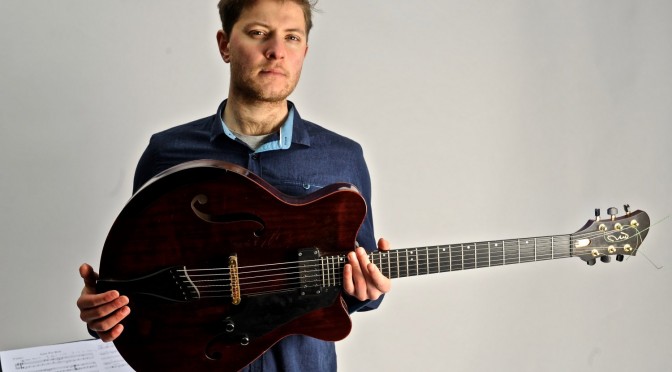 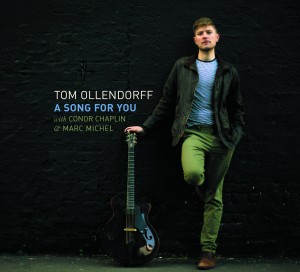 UK guitarist Tom Ollendorff has released a fantastic debut album on the Spanish jazz label ‘Fresh Sound New Talent’. Tom is accompanied by Conor Chaplin on bass and Marc Michel on drums. The trio has been playing together for several years and as Tom points out: “The trio developed it’s own sound and character”.

A significant part of this individual character comes from Toms guitar playing style, a combination of plectrum and picking which creates a full and dense sound.

The album starts with the title song ‘A Song For You’, an original from Tom with a beautiful melody that modulates between major and minor. First solo goes to Conor Chaplin on bass before we get the chance to listen to the first guitar solo. Every note is played crystal clear, the trio plays quite open but always in time and with nice dynamics, the sound is fresh and transparent and it is great pleasure to listen to this song.

‘Spring’ continues in this way, a feast of beautiful harmonies and melodic ideas with a sophisticated bass and drum accompaniment.

‘Etude 1′ is a nice little guitar solo piece which demonstrates Tom’s outstanding technique. Tom Ollendorff has published a transcription of this song on his website and the following video on youtube:

‘Not In These Days’ and ‘XY’ are the two extended tunes on the album, both originals from Tom, the first one impresses with the freedom drummer Marc Michel takes, the second a medium-up jazz tune shows the ‘classic’ jazz skills of Tom Ollendorff and his trio.

‘Autumn in New York’ is the only jazz standard on this album and Tom uses this tune for great chord melodies.

The album continues with ‘Aare’ named after the river that flows through Bern which is famous for being one of the longest open air swimming ‘pools’ in Switzerland. Again, a beautiful and atmospheric song featuring Marc Michel with an excellent drums solo.

The trio presents a second etude with ‘Etude 3′ this time with a simple bass and sophisticated drums focusing on cymbals.

The album ends with ‘These Days (Outro)’ a little light and airy tune that fades away in harmony and elegance.

I might repeat myself, but I like this album very much. Tom Ollendorff is a great guitarist with a distinct sound and style, the interaction in this trio is fantastic and very precise, the compositions are beautiful and the sound is clear and atmospheric. Please enjoy.

And finally a playlist of the album on Spotify: