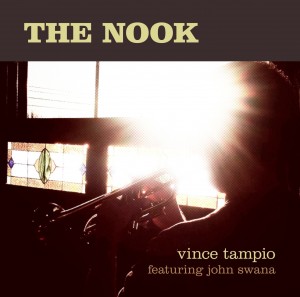 Six months ago I presented an electronic album from trumpeter Vince Tampio. He comes back today with a straight-ahead jazz album called “The Nook”. It is already Vince’s fifth solo album, this time however completely recorded live in the studio and with acoustic instruments only. The line-up of this album is

Vince explained to me that Ben Basile is a close friend of him since they met at the State University of New York (SUNY) and they performed together in many different bands. Brian Blaker is also a musician Vince met during his studies (this time at the University of Arts (UArts) in Philadelphia). John B. Hedges was his composition teacher at SUNY and John Swana was his trumpet instructor at UArts. Finally, Charlie Heim is the drummer of “Johnny Showcase”, a psychedelic funk band from Philadelphia where Vince helped out before. So quite an interesting combination of musicians, who inspired and accompanied Vince in his musical career.

The album features six songs in total, five compositions by Vince Tampio plus one Jazz standard. It is available since September 18 and the release party took place on October 3 at Chris’ Jazz Cafe in Philadelphia. Here are some pictures from that show:

The album starts with “Dangerous Cucumber” a moll-blues oriented song played in medium tempo. The first solo goes to Vince, he keeps it soft and relaxed. The second solo is for Brian Blaker on tenor saxophone, more dynamics there. Finally, Charlie Heim plays a great drum solo over two choruses. What Vince wanted to achieve with this album is to catch the spirit of the first Miles Davis quintet from the late fifties, and the first song shows that this band is able to do that, the stay cool and relaxed but also maintain the tension.

The title song “The Nook” comes next. It refers to a corner with spandrel glass at the “Tattooed Mom” bar in Philadelphia and I guess the cover picture has been taken there. This song is one of my favorites on the album, a steady pulse by the bass lays the ground for the improvisation. Great groove by the rhythm section and two excellent solos by sax and trumpet.

“Fresco” is a soft song in 3/4 time that features Vince. This composition has a nice old-fashioned mood that comes mainly from the piano sound.

“Two Dollar Breakfast Special” refers to a menu item at the Main Street Bistro in New Paltz, NY (Actually, it’s $ 1.95, I checked the breakfast menu card). This song features John Swana on trombone. The melody is played by the piano, accompanied by the 3-piece horn section. This song comes what I would call 50′s funky style, riff-oriented and with a straight groove.

“Split Orange Graffiti” is loosely a reharmonization of “Blue In Green” with a different melody. Vince explained: “Each soloist improvises over their own chosen chord progression.”  An extensive ballad that keeps its grip through Charlie Heim on drums. Very cool and mystic.

“Dear Old Stockholm” is the only Jazz standard on the album. The song has a nicely re-arranged head. We hear solos from John B. Hedges on piano and Vince Tampio on flugelhorn.

The album is a nice reminiscence to the late 50′s. It has been recorded live in one room without headphones or separation. Thanks to Brendan McGeehan from the Elm Street Studios the sound on the album is clear and distinct, but really natural at the same time. The selection of tunes and the interpretation fit together and reawaken the spirit of that period. It also shows the capability of the musicians to catch that certain spirit and breathe it into their own material.

If you want to know more about Vince please check out his website: https://www.vincetampio.com 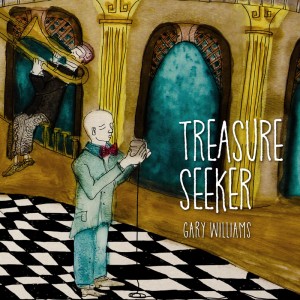 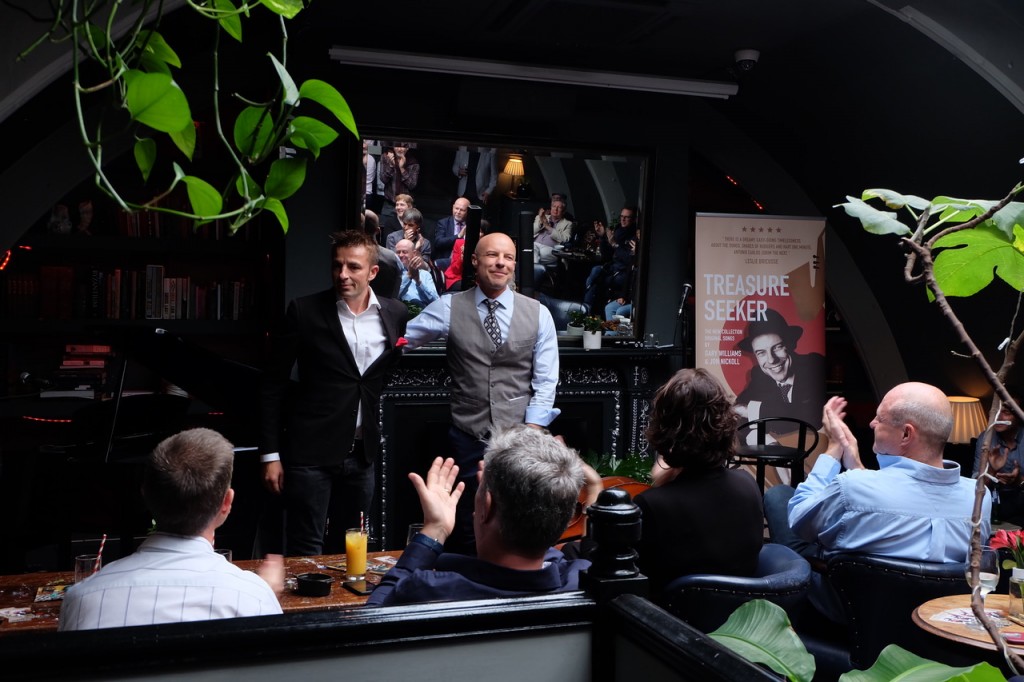