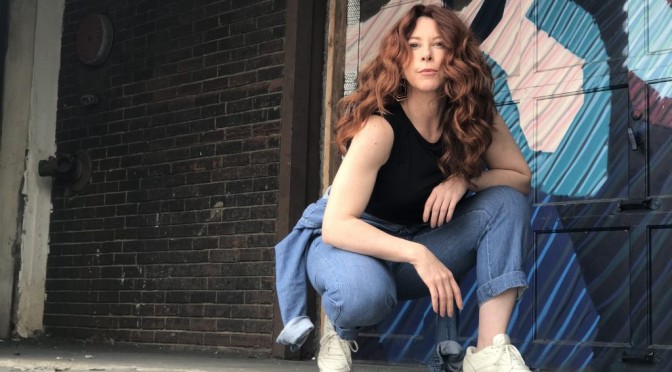 Vocalist Robin McKelle has just released a new album called “Alterations”. She picked songs from some of the most celebrated female vocalists and developed her own interpretation of these masterpieces. With the support from pianist and arranger Shedrick Mitchell she transformed her visions of these songs into stunning arrangements for an extended jazz combo.

The line up for this album is:

The album starts with Amy Winehouse’s “Back to Black”. The soft latin pulse is in great contrast to the steady beat of the original version but this freedom allows the band and Robin McKelle to develop greater dynamics.

“Rolling in the Deep” is the next song. Again much more open than the original version which puts Robin’s singing in the front. Nir Felder plays a fantastic solo accompanied by a pushing rhythm section with an incredible Charles Haynes on drums.

The album continues with the only original from Robin McKelle called “Head High”. This song is a true jazz song and underlines that she is really a jazz musician. The band is playing again incredible and saxophonist Keith Lofti is featured with this song.

“Don’t Explain” from Billy Holiday comes next. This song shows again the perfection of this band to handle a steady pulse without pushing for it. Soft drums and percussion and overdubbing vocals are the major characteristics of this song.

“Born to Die” from Rana Del Rey comes next. This song features Marquis Hill on trumpet. Remarkable is here again that the singing and the lyrics of this song are so clear in Robin McKelle’s interpretation compared to the original version where a lot of electronic ballast covers the vocalist.

“Jolene” by Dolly Parton is the next song on the album. Very groovy and bluesy with a nice Fender Rhodes piano solo.

The album continues with “River” by Joni Mitchell. A nice pop ballad perfectly played with a great guitar solo by Nir Felder.

“No Ordinary Love” from Sade comes next. This song was released as a single on January 31, 2020 and is presented in the open style which we have heard before and which is the main characteristic of this album. Guitarist Nir Felder gets the next chance to shine with an extended guitar solo and I am again enjoying the incredible drumming by Charles Haynes.

The next tune is Janis Joplin’s “Mercedes Benz”. This tune comes with a much harder beat and a heavier rock guitar sound than all the other songs on the album and shows the versatility of Robin and her band.

The album closes with Carol King’s “You’ve Got A Friend” presented as duet between Robin McKelle on vocals and Shedrick Mitchell on piano.

In the making of the album, most of Robin’s vocal tracks used on the final recording were the takes she sang live with the band. Robin explains: “The energy and connection with the musicians was so powerful. They lifted me up and made it feel effortless. I’ve never felt so confident in the studio.”

As I said before the album impresses with a band that enjoys the scope and the space they have with these excellent arrangements. Robin McKelle’s interpretation is also totally in line with the band and so we have here an outstanding album of very well-known songs presented in a new and very inspiring way.

Robin McKelle is on tour in Europe in March, April and May where she will present the new album. Nir Felder will be touring with her so this looks quite interesting. All tour dates are published on her website: