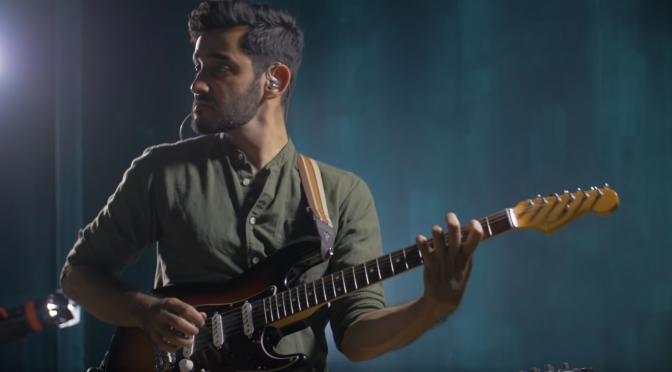 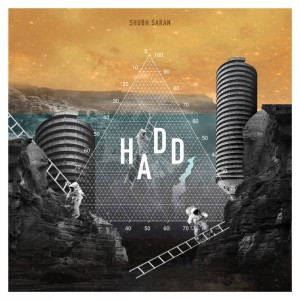 I would like to start the new year with an EP from Shubh Saran, a guitarist and composer based in Brooklyn, NY. He released his album entitled H.A.D.D on November 9, 2018.

H.A.D.D is an abbreviation for Hypersensitive Agency Detection Device, i.e. the tendency for humans to assume the presence of a sentient being in situations that may not involve one at all.

Shubh explains: “This represents the core idea of the EP, assigning greater meaning to everyday life. We are comforted by the idea of someone or something having a deciding hand in our lives, believing that everything happens for a reason. I wanted the music from this album to represent that feeling.”

Shubh Saran continues: “The music from the record is a melting pot of contemporary jazz, indie-rock, neo-soul, and fusion. After a year of monthly performances in New York and an India tour, the record draws its inspiration from the energy of my band’s live shows. H.A.D.D features five new songs written and recorded this year. “.

The line-up of the band is a little bit unconventional:

Regarding the musicians, I have received some background information from Shubh: “I’ve known Brian and Jared since our time at Berklee. Although we rarely played together then, they became some of my closest musician friends after moving to New York. I met the rest of band playing in the music circuit here in New York, performing with them in various other projects and bands. When the time came to put together my own band for touring and recording, I asked the people who I admired the most.”

The first song “Pareidolia” starts soft by keyboards and saxophone, with growing intensity and turns into a cool funky groove at around 1:22, a great surprise to me. This change is repeated, first softly, increasing tension and groove change. We hear a guitar solo over funky slapping bass. Focus is on arrangement and sounds but diversified and never boring. This song is already my first highlight on the album.

“Eudaimonia” begins with guitar and saxophone and the intro reminds a little bit of the happy sound of the Daniel Bennett Group but without the changes of tonality. We hear an excellent piano solo with a nice horns background arrangement.

“Sight And Seen” comes next. Focus here is definitely on the pushing groove by the two drummers. The two saxophones play the melody alternating with the guitar.

“Falter” features Hannah Sumner on vocals and is my second highlight on the EP.  She is supported by a great arrangement with multiple layers of keyboards and guitar sounds. A saxophone solo towards the end of the song brings also great dynamics. A beautiful song, presented softly and intense.

“Divisible” is already the last tune of the EP. The melody is played by the guitar supported by the piano in pop-style. After a soft beginning the song becomes again more intensive and ends with a mellow single piano.

Overall I like this EP very much, it has the focus clearly on composition and sound, not on improvisation. It is definitely very individual and the ideas and the inspiration come from the personal experience and impressions of Shubh Saran. The musicians are all excellent and place their skills into the service of the composition and the arrangement. An album outside the conventions.

Finally, I asked Shubh if he has been able to perform the songs from the EP in front of an audience and he told me: “We have performed the songs in New York a number of times and the audience reception was great and very inspiring. The song forms are open enough to allow us to stray away from the recordings and spontaneously create new moments while playing live.”

Shubh Saran produced a “making-of” video with some nice impressions from the studio:

More information including the possibility to buy the sheet music for some of the songs and dates of live shows are found on Shubh Saran’s website:
www.shubhsaran.com