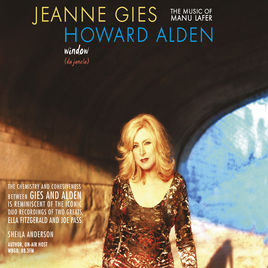 My favorite album at the moment comes from Jeanne Gies and Howard Alden and is called “Window”. It features nine original compositions from from Brazilian songwriter Manu Lafer. All the lyrics come from vocalist Jeanne Gies and the arrangements are by guitarist Howard Alden. The album was recorded 2016 in Brazil.

Jeanne Gies and Howard Alden are the only musicians on the album, so this is music at its core, no extensive sound painting, just a singer and a guitar. Both musicians have a lot of experience in this setup and know how to make a diversified and entertaining album.

I met Jeanne Gies some weeks ago at a jazz workshop in Bozen, Italy where she was teaching the vocalists’ class while I was trying to improve my guitar playing (here is a picture of her together with Si Wages). 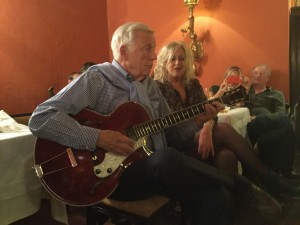 I had the chance to listen to her basically every evening after dinner singing jazz standards accompanied by one or two guitars, and I think this is one of her favorite setups. In this constellation she has the freedom and the space to fill a room with her unique swinging and extremely precise voice. The lyrics are always clear to understand and are an important part in her singing. Her voice is light as a feather, only with a rarely used light vibrato and her phrasing is pure jazz.

Howard Alden on the other hand is also no stranger to me. I saw him around a year ago live in Bern together with Andy Brown. Accompanying a singer is for me the perfect role for him. He plays usually a Benedetto 7-string guitar which allows him to produce a full and well-balanced sound including lower frequencies where a bass player is typically found.

Manu Lafer is a composer, singer, and pediatrician from São Paulo, Brazil. He has composed more than 300 songs, more than 100 of which have been recorded. Manu worked with some of Brazil’s most respected composers, arrangers and singers. He initiated this project by approaching Jeanne and Howard about recording his music as a duo and he gave complete freedom to both of them to realize this album. In the booklet of the CD he writes: “Jeanne Gies adds her own lyrics (to my songs), in the same fashion that the Brazilians used to write words to American songs they cherished”.

The album starts with the song “Journey”, no pick-up, no intro, first note comes from Jeanne Gies. The song has a catchy melody and comes fresh and easy. Howard adds a solo on his tenor banjo and Jeanne sings openly at the end.

The second tune is called “Soul Tree”. The inspiration for the lyrics came from a bottle of wine in an Indian restaurant in Brazil. This time Howard Alden plays a solo on the guitar without overdubbing.

The third song “Gypsy” sounds like a Jazz-standard with classic love song lyrics and a second guitar recorded on top of the rhythm guitar. The extra guitar playing in a higher range fits perfectly and matches the setup I experienced during evening sessions at the workshop in Italy.

“Crime”, the next tune is according to Jeanne the “most challenging to write due to the melodic complexity, yet ultimately, one of the most satisfying artistically”. The complexity is however not noticeable, it is absorbed and resolved completely by the artistry of both musicians.

The next song is the title song of the album. “Window” is a ballad where the melody and the singing of Jeanne Gies are harmonically so clear and so distinctive that I would not need a guitar at all.

“Ta Shema”, the sixth song on the album, is an exception, because Lafer wrote it for his sister. Lafer prepared a detailed translation and wanted Jeanne Gies to “keep as close to the spirit of his lyrical intent as possible”. This is my favorite song on the album and Howard Alden managed to translate the original arrangement with its rich instrumentation into its quintessence without losing the spirit of the song.

The album continues with “Sky” another slow tune, harmonically and melodically rather demanding. Howard Alden plays a wonderful solo and Jeanne’s singing makes us longing for the “sky overlooking the ocean”. Very nice.

“Translation” is the next song and continues with the spirit from “Sky”, full of desire, but this time shifting to the inside.

“Account”, the last tune of the album sounds very traditional and is again recorded with a rhythm guitar and a second overdubbed solo guitar. The lyrics of this tune also make it clear, that the “Journey” we started has come to an end and “the truth that was hidden revealed in miraculous ways”.

Miracles happen, and this album is one of them, but they came here not unexpected because we see two experienced masters of this duo-setup inspired by fresh and rich compositions from a different culture. The result is a unique mélange of modern Brazilian and American music, perfectly arranged for an unplugged setup of guitar and vocals.

One way to see Jeanne Gies live is to look out in New York, where she is quite actively performing. The other option is to come to the workshop in Italy, which I attended. The workshop is organized by German luthier Stefan Sonntag. He already announced the new dates for April 2019 (and Jeanne Gies will be again the teacher for the vocalists’ class). If you sing or play guitar, keep an eye on Stefan’s website for the inscription to this event.

Here is a review of this years’ workshop:
http://www.sonntag-guitars.com/english/Event/index.php?DOC_INST=27 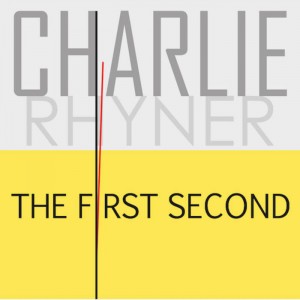 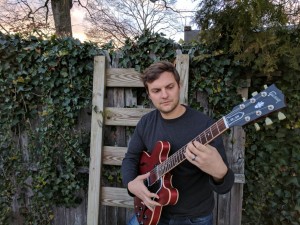