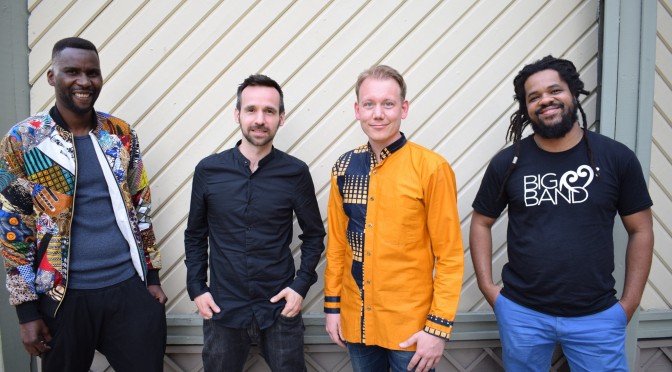 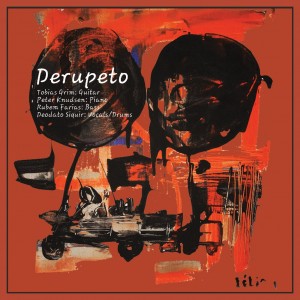 Swedish guitarist and composer Tobias Grim has released a new album with his new international group called ‘Derupeto’. The band was put together for a gig in Stockholm and the musicians felt that they could create something unique and started to play together as a band. The album was officially released on November 12, 2020 and it is available on all major streaming platforms since December 29. The line-up is:

The album starts with ‘Bahia’ one of the six originals by Tobias Grim, with vocals and guitar playing the melody nicely together over a great grooving band. We hear an excellent bass solo by Rubem Farias and a fine guitar solo by Tobias Grim.

‘Brazil Lines’ a composition by Tobias Grim and Marcia de Souza comes next and it has a great solo guitar intro. Deodata Siquir is featured as vocalist and Peter Knudsen is the soloist playing a fantastic piano solo.

‘Diorio’ comes next and this instrumental song composed by Tobias Grim is in contrast to the first two songs a modern Jazz composition with my favorite electric Jazz sound with a Fender Rhodes piano, electric bass and electric guitar. Outstanding and one of the highlights of the album.

The next song is called ‘Habari’ and the theme of this song shows the influences of African music, however the solos speak a different language and the dialog between guitar and piano with the pushing bass and drums is another example that we have here some great musicians enjoying what they’re doing.

‘Vanessas vals’ a waltz by Peter Knudsen comes next. Peter switches to acoustic piano and guitar, piano and vocals play together in unison the melody. This song is in European classical music tradition and features again the fantastic bass of Rubem Farias.

The album continues with ‘Funk do misterio’ by Rubem Farias. The melody of this instrumental song is played by the guitar. The first solo goes to Tobias Grim who is initially accompanied only by bass and drums. Rubem Farias plays the second solo and shows again his perfect rhythmic precision.

‘Tid’ another original by Tobias Grim comes next. This song captivates by its soft melody and smooth harmonies.

‘No bar’ by Deodato Siquir returns to the Brazilian side of the band. Vocals and piano play the melody together.  Every musician gets the chance for a solo including some nice drumming by Deodato Siquir.

The last song ‘Lifeline’ continues in the samba feeling. After a synthesizer bass intro the melody is played by guitar and vocals. Solos from bass and guitar and a relaxed but pushing rhythm section close the album.

‘Derupeto’ is a fantastic band with excellent musicians and the album is a fine collection of originals played in perfection. The band has been able to play live in 2019 and found their unique voice during that time. The songs on the album are all nicely arranged and recorded and gave me warmth and sunshine during some of those dark and cold winter days.

As we all hope for better days ahead the band is looking for more live performances in spring. Until then enjoy this album.

More information on the band is found on Facebook:
https://www.facebook.com/Derupeto/

And here comes the album as a Spotify playlist: