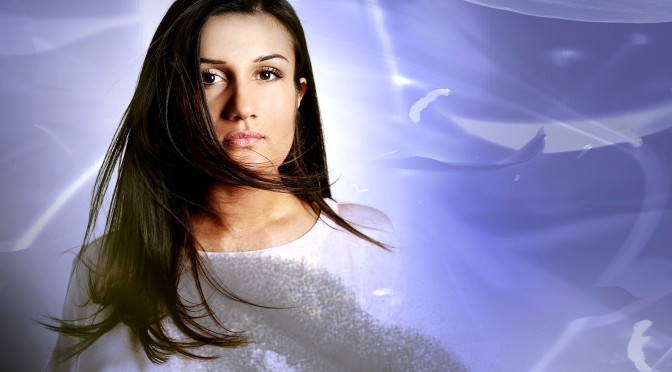 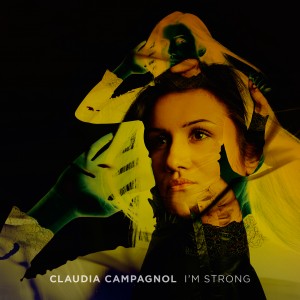 An incredible debut album from Hungarian-Swedish-Danish singer and multi-instrumentalist Claudia Campagnol has found it’s way to my desk. Official release date is April 23, but two songs have been released as singles in February and March 2019 and are already available on Spotify.

Claudia Campagnol was born in 1987 in Budapest, Hungary, to parents who are both professional musicians. She sang before she could talk, and started playing the piano when she was 4. The whole family moved to Sweden and by the age of 12 she could be seen “guesting” on her parents’ gigs in venues all around the country.

At the age of 12 she discovered her dad’s Jazz fusion albums with Chick Corea, John Patitucci, Mezzoforte or Herbie Hancock and Wayne Shorter who inspired her for her first composition “Rainbow Dreams” which is found on the album.

After graduating from the University of Music in Malmoe she worked several years in Sweden and around Europe. She settled in Copenhagen, Denmark, where she met the Swedish-Italian drummer Niclas Campagnol, who became her husband. After a baby break Claudia is back on the scene. In 2017, she reached the final in the Danish “Young Jazz” competition. She also starred on Antonio Faraò’s latest album  “Eklektik” (with Marcus Miller) (a very interesting album) and now she is finally releasing her debut album “I’m Strong.”

The album starts with the brilliant Stevie Wonder inspired  “All Through You”, which was released as a single on February 22 and was selected by Apple Music’s editors for their “Best of The Week” playlist covering all genres.  Claudia plays keyboards, bass and sings lead and background vocals, Niclas Campagnol the drums. This song is a soul-pop song in the best tradition of Stevie Wonder, Al Jarreau or Chaka Khan. I was listening a lot to this kind of music in the early ’80s and so I cannot get enough of it.

“I’m Strong”, the title song of the album comes next. A soft tune which was written for Vivian Buczek for her 2014 album “Curiosity”.  What I like especially is the cool combination of keyboard and vocal sounds.

“Do You Love Me” adds Gábor Bolla (saxophone), Zacharias Celinder (guitar) and Gerard Presencer (flugelhorn). The solo goes to Claudia Campagnol with what she calls her keyboard “signature” sound. Claudia wrote and recorded this tune to win the love of Niclas. Nice story with a happy ending.

“For Her” features Gerard Presencer on flugelhorn and is about a woman Claudia Campagnol once met in a dark and smoky jazz club who “made a hell of an impression” on her. The highlight of this song is definitely the flugelhorn solo by Gerard Presencer.

“Conquer the World” is the second tune that was released as a single.  We see a different line-up  with Jimmy Haslip on bass and Vinnie Colaiuta on drums. Claudia explains: “Vinnie Colaiuta played a monstrous drum fill on John Patitucci’s album “On The Corner” which I just had to rewind a hundred times the first time I heard it. Thanks to my label Giant Sheep Music, one of my greatest dreams has now come true!” The tune has a nice steady odd groove and harmonic sequences that remind me again on Stevie Wonder.

“Rainbow Dreams” is a soft and open ballad.  Claudia wrote the song at the age of 12 and it includes interesting harmonic structures. Claudia explains again: “In my teens, I couldn’t wait to get home from school, put on the meanest chord progressions with the baddest cats on the planet and let all my emotions explode through my ears”.

“Z-Song” comes next and features Eliel Lazo on percussion (he is a friend of Silvio Caroli who was featured in my blog two weeks ago). The melody is sung without lyrics, nevertheless the beautiful vocal arrangement dominates this Latin-song.

“Don’t Let It Die” features Carl Mörner Ringström on guitar. Interesting harmonic sequences and a great guitar solo are the highlights of this ballad. Claudia Campagnol gives us more insights: “If you ever had a best friend or a lover whom you could drift away with over a bottle of red wine, talking about the meaning of life throughout the whole night, as if time almost stood still, then you fully understand this tune”.

“It Makes Me Glad” starts with a great and lengthy a-cappella intro and ends with an open piano solo. The inspiration for this song came after an audition for the Swedish vocal ensemble “The Real Group”.

The album ends with the Charlie Chaplin tune “Smile”.  Claudia prepared an arrangement that combines the melody from this song with her idea of “mean” chords to a very uncommon but rather refreshing interpretation.

Overall a great album with a sound I haven’t heard for many years and that reminds me a lot of the music I was listening to in the ’80s but with a fresh and inspiring touch. It is jazzy, it grooves and it is full of new ideas. Claudia Campagnol managed to do her own thing in a brillant manner. Chapeau!

The official CD release party takes place on April 23 in Copenhagen at the PH Halmtorvet 9. If you are in Bremen at the jazzahead!-clubnight on April 27 you can see her at the Swissôtel Bremen.

And finally the album has been released on Spotify: